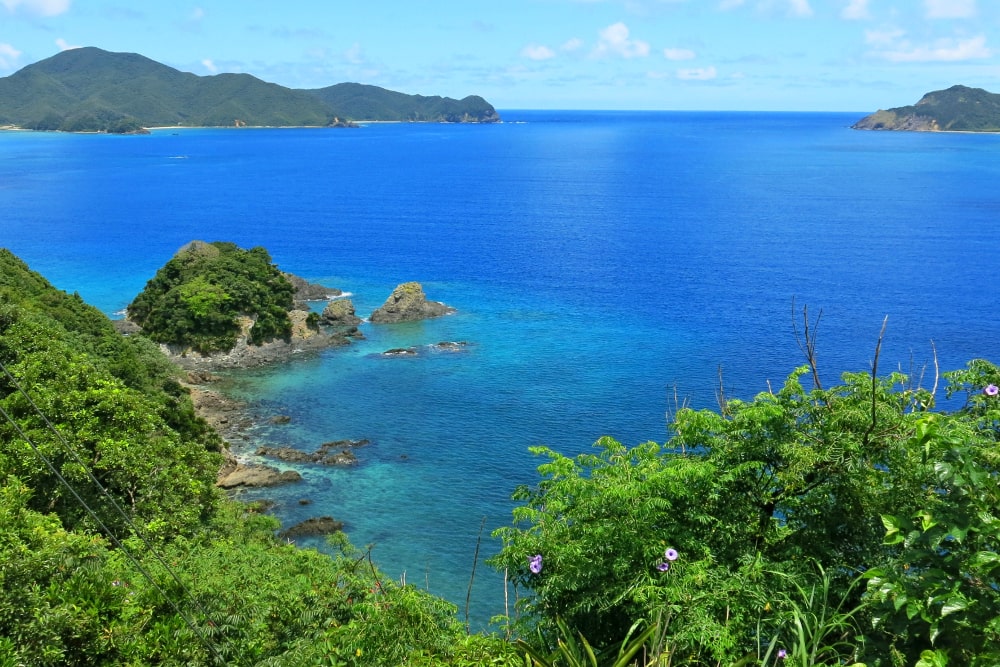 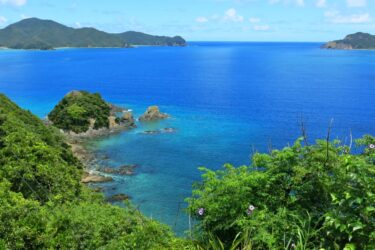 The Amami Oshima Islands are located at 20 degrees north latitude and consist of eight inhabited islands: Amami Oshima, Kakeroma Island, Yorojima, Kikaijima, Tokunoshima, Okinoerabu Island, and Yoron Island.
Among them, Amami Oshima is the largest island in the Amami Archipelago and has its own unique culture, influenced by both the mainland and Okinawa.

With an area of 712.39 square kilometers, it is larger than the 23 wards of Tokyo and Lake Biwa, and it takes about two hours by car from the northern to the southern part of the island.
The northern part of the island is flat and covered with farmland, where sugarcane is actively cultivated.
The southern part is mostly mountainous. The island is home to many endemic species and is full of the charms of Amami Oshima.

The population of Amami Oshima is about 60,000.

Why did Amami Oshima become Kagoshima Prefecture? Let us look at the reason from the history of Amami Oshima.

During the Pacific War, U.S. forces landed on the main island of Okinawa and a ground war was waged.
On the other hand, although Amami Oshima and the surrounding islands were bombed, the U.S. forces never landed on the islands until the end of the war.

Voices for returning to one homeland after another

While the main island of Okinawa, scorched by the Battle of Okinawa, was actively rebuilding its towns and regaining its liveliness, Amami Oshima lived as if it had been deprived of its freedom because the U.S. military controlled the administration.
This led to a growing movement among the islanders to return to Kagoshima Prefecture, and to return to their homeland. Thanks to the efforts of the people of the Amami Islands, on August 8, 1953, U.S. Secretary of State Dulles issued a statement "renouncing any rights it may have with respect to the Amami Islands," and with this statement the Amami Islands were restored to Japan on December 25, 1953, a long-sought goal.

In this issue, we looked back at the history of Amami Oshima and unraveled what kind of prefecture Amami Oshima is.

I would like many people to experience the charm of Amami Oshima, which has carved out a lot of history and continues to this day.

"It is located right in the center of Kagoshima City and the main island of Okinawa."

↑
This is completely wrong....

Thank you for pointing this out.
We have corrected the article.